A Mayoral statement by Andy Burnham on GMP 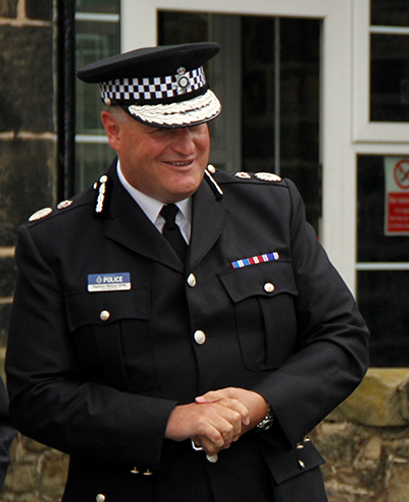 Chief Constable Watson will take charge of the force in the summer and has stated that “rapid improvement is possible.”

His appointment comes after a competitive recruitment and interview process led to his endorsement as the preferred candidate by both Mayor of Greater Manchester, Andy Burnham, and Bev Hughes, Deputy Mayor for Policing, Crime, Criminal Justice and Fire, earlier this week.

“I am acutely aware of the challenges that currently face the force but I am convinced that a new and brighter chapter is perfectly achievable. Whilst much remains to be done, GMP is an immense force for good and is comprised of thousands of genuinely committed, brave and professional people.

“Whilst much remains to be done, and rapid improvements must be made, there is also much to be proud of in what the force achieves every day. The energy and determination within GMP to realise the enormous latent potential of the force is palpable. I have the great privilege of being able to get stuck-in alongside great people who want to deliver an outstanding service to all of the communities that we serve.

“I have been heartened to discover a similar determination in the Mayor and Deputy Mayor to both challenge and support the force as it embarks on this next chapter in its history. I very much look forward to working with partner agencies, charities and community groups across Greater Manchester and contributing to what is a fantastic, shared endeavour.

“My confidence that rapid improvement is possible is amplified given the time that I have been privileged to work in South Yorkshire. In that case, a force which had experienced a number of issues but which retained a talented and committed workforce, has achieved huge progress and is today amongst the top tier of high performing forces.”

Chief Constable Watson is currently in charge of policing in South Yorkshire – during his tenure at South Yorkshire Police the force has been the most improved in the country for three consecutive years following a troubled period.

Cllr Nigel Murphy, Chair of the Greater Manchester Police, Crime and Fire Panel, explained: “What the Panel wished to see today from the preferred candidate for Chief Constable was someone with a proven track record of improving police forces, who could also demonstrate a clear understanding of GMP’s current areas of strength and where it needs to improve.

“We saw that and more today. It is evident that Chief Constable Watson has a very clear vision of how he will work to ensure GMP becomes one of the best police forces in the country, and what it needs to do to achieve that status. I wish him well in his new role.”

In June 2015 Chief Constable Watson was appointed Deputy Chief Constable for Durham Constabulary and a year later took up his appointment as Chief Constable at South Yorkshire Police. Under his leadership, South Yorkshire is today among the top tier of high performing forces and HMICFRS currently now assess it as ‘good’ across every measure in the annual PEEL assessment. It is also understood to be the only force in the country to be assessed as ‘outstanding’ in respect of ethical and lawful leadership.

Andy Burnham, Mayor of Greater Manchester, said: “I look forward to working with Chief Constable Stephen Watson. He has an extremely impressive track record of working in senior positions in some of the country’s biggest police forces. The change he has overseen in his time in charge of South Yorkshire Police is particularly impressive and his drive, ambition and desire to serve the public is what Greater Manchester needs.

“I have every confidence that when Chief Constable Watson is in post later this year, he will set about improving Greater Manchester Police and embedding the positive, accountable, victim-centred culture that I have said I want to see.”

Bev Hughes, Deputy Mayor for Policing, Crime, Criminal Justice and Fire, added: “Greater Manchester Police meets many of its responsibilities very well, and since the departure before Christmas of the previous Chief Constable, the senior team, officers and staff have pulled together and made great strides in tackling the areas where improvement is needed. I want thank to thank Acting Chief Constable Ian Pilling for his leadership over the past three months.

“The appointment today of the highly experienced Chief Constable Stephen Watson will accelerate that positive change and I am confident we will see evidence of his impact over the next few months and beyond. It is time for Greater Manchester Police to begin a new era, to bring out the talents of the many dedicated officers and staff who want to do the best, and be the best, for all the people and communities across our-city region. It’s an exciting prospect and I look forward to working together with him.”

Prior to joining South Yorkshire, Watson gained experience in Lancashire and Merseyside before working at the Metropolitan Police in London before his move to Durham.

“He has led the force through a period of considerable change and has placed South Yorkshire firmly amongst the top forces in the country. I know that he will serve Greater Manchester with the same determination and purpose that he showed us.”