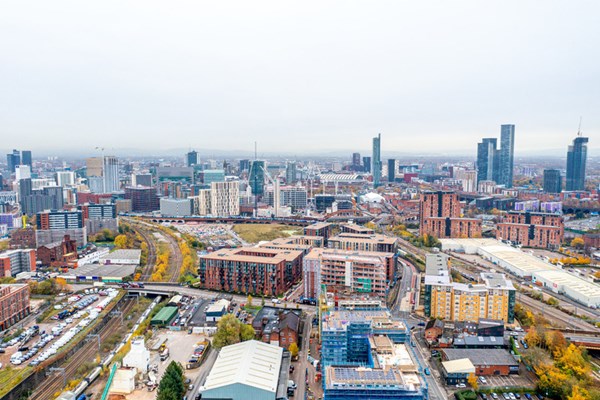 THE Mayor of Greater Manchester, Andy Burnham, has today (July 1, 2019) launched Our Pass at The Bridgewater Hall. 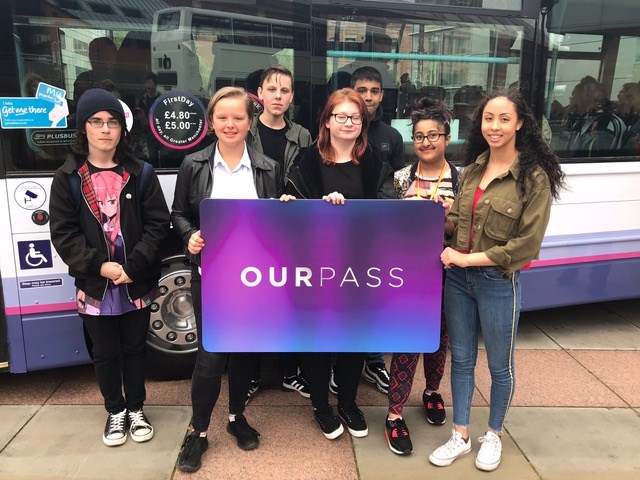 The Mayor was joined at the launch by sponsors and supporters of Our Pass, together with young people who have helped choose the name, design the card and contributed to how they want it to work.

A new card giving Greater Manchester’s 16 to 18-year-olds the freedom to travel, work and learn has been launched.

Young people can apply online for Our Pass from today (Monday, July 1) and start using the card from the beginning of September. For a one-off £10 administration fee, students and young workers will get free bus travel across Greater Manchester and lots of other benefits too.

Our Pass could save young people and their families over £500 per year in bus travel, as well as unlocking an exciting range of opportunities provided by Greater Manchester’s private and public sector. Greater Manchester is growing, with the population set to exceed 3 million by 2040. Demand for transport is going up too, but overall bus use is declining. In Greater Manchester there has been a decline of 32.1 million annual passenger journeys by bus in the last ten years. In London bus journeys have almost doubled in the same time period.

Today’s launch is a first step in breaking the cycle of decline and getting more people using buses again. Greater Manchester Mayor Andy Burnham has set out his ten year vision for transport across Greater Manchester, including investing in the city region’s bus network.

Transport for Greater Manchester estimates 26 per cent of the city region’s 16-18 population currently use bus as their primary mode of transport. Our Pass aims to encourage more young people to use bus services to get around the city region. Whilst bus services at the moment cannot connect to every opportunity, Our Pass will transform public transport accessibility for 16-18 year old Greater Manchester residents.

“Our Pass is designed to send everyone growing up here a simple message: we believe in you and want you to have high ambitions for where you can go and what you can achieve. This amazing place is yours to explore, to shape and to build for the future.”

Andy Burnham, was joined by sponsors and supporters of Our Pass at a launch event, together with young people who have helped choose the name, design the card and contributed to how they want the card to work.

JD have confirmed a substantial sponsorship deal for the two year pilot. This includes the Bury based sports company also providing a free lanyard and wallet for Our Pass holders, in addition to offers and benefits to be announced during the pilot.

The Bridgewater Hall’s Circle Foyer will be transformed into a ‘market place of opportunity’ with Parklife and Vimto signed-up to run a series of competitions for Our Pass holders, free Saturdays with The Hallé and tickets for the Manchester Giants basketball, wheelchair basketball, netball & cheerleaders.

In addition young people will be able to find out about Our Pass opportunities with Challenge 4 Change, Helly Hansen Watersports Centre, Oldham Boxing Club and Ambassador Theatre Group’s: The Palace and Opera House. These are the first wave of rewards to be revealed by Our Pass, with a series of further announcements in the next few months.

Our Pass Lead Rose Marley said: “Our Pass is timed to coincide with a crucial moment in young people’s lives. As they leave school at 16, they face decisions that will shape the course of their lives – whether to undertake further study and training, for example, or whether and where to get a job.

“Our Pass tackles these challenges by giving young people real freedom of travel, helping them take up further learning or work, and exposing them to the wealth of opportunities that exist in their city-region.”

Stephen White, JD Group Marketing Director, said: “JD is proud to be partnering with the Our Pass pilot to make a significant difference to the lives of 16-18 year olds in Greater Manchester. The freedom to move, the opportunity to explore and the ability to support work and learning for this age group is vital for local employers like JD.”

Hania Sulaiman, Chair of Greater Manchester’s Youth Combined Authority, added: “The Youth Combined Authority was asked by Andy to help come up with ideas for a new opportunity pass. Over the last few months, along with other youth groups across Greater Manchester, we’ve helped to choose the name, design and have our say on how we want the card to work for us. Today shows what can be achieved when young people are listened to and they are given the chance to develop something new. I can’t wait to start using Our Pass this September.”