Next week the Prime Minister looks set to take the biggest decision of his premiership to date.

And I understand why the PM has wrestled with it.

At a time when he needs to show he is committed to rebalancing the country - he has inherited a project – the largest infrastructure project in Europe – which begins in the south, and even by optimistic estimates won’t reach the North until the 2040s.

Today I want to set out a possible solution to the HS2 riddle.

First of all, Greater Manchester continues to support building both HS2 and Northern Powerhouse Rail all the way and in full. We need the right north south and east west connections for the North West, Yorkshire and the North East. London has never had to choose between rail projects. Why should we?

Whilst we are not opposed to making cost savings to HS2, what we won’t support is making all of those savings in the North. We cannot support a situation where the Government builds a high-spec rail link between London and Birmingham, and a lesser-class rail link between the Midlands and the North.

When making his decision on HS2, the Prime Minister should remember that we are no longer just building a north to south railway, but an east to west one too.

And herein lies the problem. Because HS2 has been designed as a north to south terminus station at Piccadilly Station, what’s on the table simply isn’t the right solution for the vital east-west connections across the north

And this is why despite supporting HS2 we have had longstanding concerns with the plans for Manchester Piccadilly. It risks creating the mistakes of the past – where our infrastructure is simply unable to cope with the growth in demand.

It cannot be right that such critical connections and capacity will be hampered by bolting on NPR to HS2 infrastructure. This will mean second class east to west services, and a second class station at Manchester Piccadilly. The right solution for Piccadilly is the right solution for the whole of the North. A recent report commissioned by Manchester City Council by experts at Bechtel shows that this can be done by a shorter tunnel from Manchester Airport to central Manchester, releases much needed investment to design the kind of station we need Piccadilly to be

So here’s our four point plan:

This could bring fast, modern rail links to the Northwell ahead of the HS2 timetable. That would reduce journey times between these cities by an average of 30-45 minutes, and it would transform rail connections to Manchester Airport for millions of people and thousands of businesses.

Crucially it would take traffic off our roads, supporting the transition to a low-carbon economy.

Our current rail system was designed and built by the Victorians. The decisions we make now as a country will affect us for the next 150 years. Lets do it once and do it right. 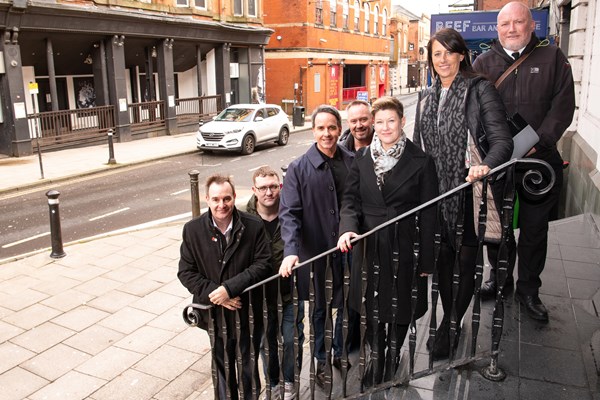 Providing a Safe Haven for partygoers this Christmas