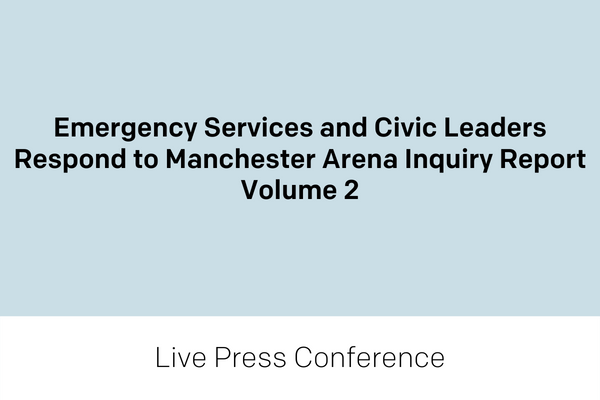 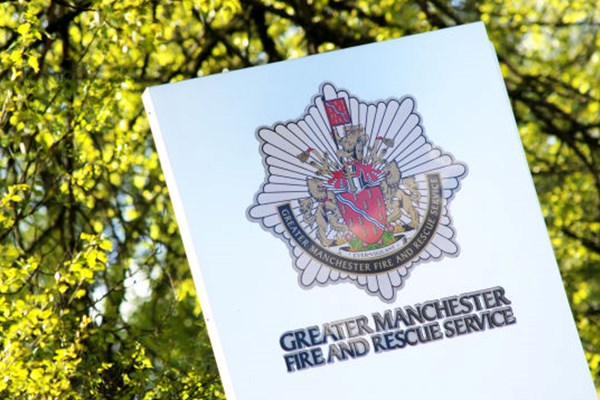 “The Manchester Arena Inquiry volume two report has made for very difficult reading for me, as Chief Fire Officer of Greater Manchester Fire and Rescue Service, and my colleagues.

“I want to start by wholeheartedly apologising to the families of the 22 innocent people who lost their lives on that tragic night of 22 May 2017, and to the survivors whose lives are changed forever.

“Our response that night was wholly inadequate and totally ineffective, and that will forever be a matter of deep regret for our Service. We let the families and the public down in their time of need and for that I am truly sorry.

“I know that no apology will take away the pain and suffering of the families who lost loved ones and of the survivors. But I want them to know that I fully accept the Inquiry’s criticisms of our Service and I accept the recommendations in full.

“I also want to thank Sir John Saunders for his work throughout the inquiry and in producing this report.

“The inquiry process has been one of the most challenging times in our Service’s history and today is a very difficult day for many, especially those who so desperately wanted to help that night.

“Every firefighter who joins Greater Manchester Fire and Rescue Service wants to do their best. The best job they can – to help, to support, to assist the public and to save lives. Those that were eventually deployed to the incident that night did the best they could – albeit it was far too late.

“While we have already made significant changes to address the failings in how we responded on the night, the Inquiry’s recommendations provide a critically important framework for ensuring we take all the necessary steps to always be ready and able to respond to a terrorist attack anywhere in our city-region.

“The report is long and complex – it will take time to digest the recommendations fully, to cross-reference them against improvements which we have already put in place and to consider whether any gaps remain.  I do however want to address a few issues the report raises.

“As I’ve said, and the Inquiry notes, we were simply too late in our response. But five years on from the attack, I want the public to know that this will never happen again.

“The Kerslake Review, set up by the Mayor of Greater Manchester after the attack, identified a number of recommendations which we have already put in place to improve and drive meaningful change within our Service. And these changes have been tested during the multi-agency response to many major incidents and in recent years.

“We knew immediately after the Arena attack that there had been a complete failure in multi-agency working. The Inquiry’s report makes that clear, and this has been a major focus for us since the attack.

“There has been a substantial shift in the leadership and culture of our Service, recognised positively by His Majesty’s Inspectorate of Constabulary and Fire and Rescue Services.

“We have undertaken a major overhaul of our policies and procedures in relation to a terrorist incident – revising and simplifying our mobilising arrangements which ensure an automatic response to the scene.

“A dedicated radio channel is now established, which guarantees immediate contact 24/7 between blue light services and our control rooms.

“In addition to this, a National Inter Agency Liaison Officer is now co-located with GM’Ps Force Duty Officer during working hours, with a dedicated emergency phone line for all other times.

“Wholesale changes have been made to organisational learning and our debrief processes, as well as major improvements in how we communicate and work together with our partner agencies before, during and after incidents in conjunction with North West Fire Control and importantly within the wider Greater Manchester Resilience Forum.

“We have also established a more resilient Marauding Terrorist Attack capability for Greater Manchester, by increasing our capacity and capability, which sees every firefighter being fully trained and every fire appliance better equipped to respond to all forms of terrorist or mass casualty incident.

“I know the spotlight today is rightly on what our Service got wrong on the night of the attack and I want to reiterate my deepest apologies to the families and survivors. I want the public to know the same mistakes would not be made today – and have confidence that, never again, will we fall short of what the public should rightly expect of their fire and rescue service.

“I hope that the public will recognise that Greater Manchester Fire and Rescue Service is a very different organisation today to what it was in 2017, and that the improvements we’ve made – and continue to make – will provide confidence that we are prepared and able to respond to support the people of Greater Manchester when its fire and rescue services are needed.”