At its meeting on the 7 October 2019 the Greater Manchester Combined Authority (“the Authority”) authorised the publication of this Notice relating to a proposed bus franchising scheme (“the Proposed Scheme”), and decided to undertake a consultation about it, in accordance with section 123E of the Transport Act 2000 (as amended) (“the Act”).The Proposed Scheme would cover the whole of the Greater Manchester Combined Authority Area, which includes the districts of Bolton, Bury, Manchester, Oldham, Rochdale, Salford, Stockport, Tameside, Trafford and Wigan (“the Area”). The Proposed Scheme identifies the local bus services the Authority proposes to provide under local service contracts which will give the person awarded the contract the right to operate the services to which the contract relates. The intention is that all bus services that are being run within, and into, Greater Manchester when the scheme is made will, with certain exceptions, be provided under such contracts. Those bus services now proposed to be provided under such contracts are listed in Annexes 1 and 2 of the Proposed Scheme.

The Proposed Scheme also excepts from regulation services for pupils to and/or from school which do not provide transport to the general public. Local bus services (other than an interim service) in an area that becomes subject to section 123(2) and (3) of the Act, that are not provided under local service contracts or which are not excepted from regulation, will require a service permit to operate within that Area.

A copy of a draft of the Proposed Scheme provided to an independent auditor, an assessment of it prepared for the GMCA, the independent auditor’s report on that assessment and a revised draft of the Proposed Scheme, together with a consultation document (which includes more detail on the Proposed Scheme and the proposed revisions to it, in particular to Annexes 1 and 4 to reflect the principles stated above, and how to respond to the consultation), are available for inspection in hard copy form in each district’s town halls and can be found online at GM consult (link opens in a new tab).

To respond to the consultation please:

Questionnaires and other consultation documents are available in public buildings (which are listed online) throughout Greater Manchester (GM) or can be downloaded at GM consult (link opens in a new tab).

If you’d like to respond in a different way, please contact gmbusconsultation@greatermanchester-ca.gov.uk or call 0161 244 1100 to discuss your requirements.

For further information about this Notice, please contact TfGM’s Head of Legal Services kath.wilson@tfgm.com or by telephone at 0161 244 1000. 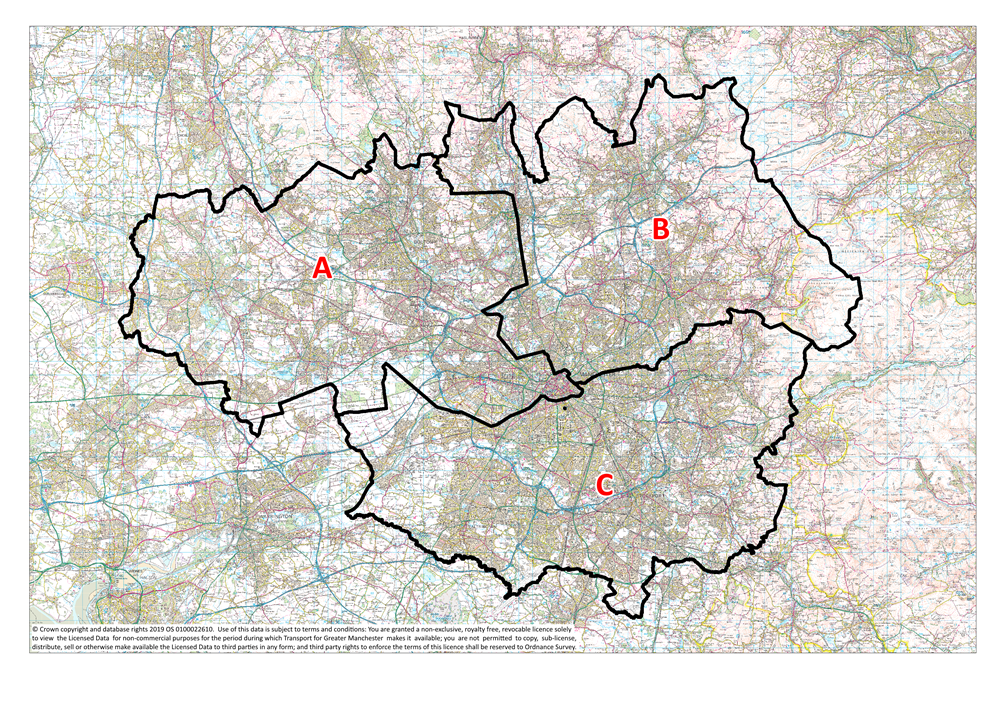