LEARNING from the recent incident at Toddbrook Reservoir is being used to ensure that all of Greater Manchester’s reservoirs remain safe and that emergency services and partner agencies are properly prepared for the unlikely event of an emergency.

On August 1 this year, a major incident was declared at Toddbrook Reservoir, near the village of Whaley Bridge in Derbyshire when the dam became damaged after several days of heavy rain.

This resulted in a multi-agency response and approximately 1,500 residents were evacuated from their homes in Whaley Bridge and nearby areas.

The impact was felt in Greater Manchester, with emergency responders working tirelessly to prepare for a potential incident and to make sure they could keep residents safe.

This included Greater Manchester Police officers, Greater Manchester Fire and Rescue Service crews, Stockport Council staff, the Environment Agency and officers and soldiers from the British Army going door-to-door in Marple delivering information to residents about what to do if an emergency should arise.

Since the incident, partners have been reviewing how reservoir safety is managed within Greater Manchester and if any action needs to be taken.

Greater Manchester has plans in place for reservoirs affecting the region, which aim to provide a framework of procedures to facilitate a co-ordinated multi-agency response to the consequences of a potential or actual dam breach at a reservoir which could impact Greater Manchester.

All of the Greater Manchester reservoir plans are being reviewed to take into account learning from the Toddbrook reservoir incident and the opportunity is also being taken to refresh the information held on the reservoirs and the surrounding area.

Kathy Oldham, Greater Manchester’s Chief Resilience Officer, said: “The safety of our communities is always our priority and while there is nothing to suggest any of our reservoirs or procedures are unsafe, the recent incident in Derbyshire presents us with an opportunity to look at what we have in place and see if any learning can be applied.

“The response from the emergency services and partner agencies was admirable in very difficult circumstances as they worked to ensure our residents were prepared and kept safe but it would be wrong of us not to see if there is anything we can do better in the future.

“We want to reassure residents that we are taking action to ensure something like this doesn’t happen in Greater Manchester and in the very unlikely case that is does, that we are ready to respond.”

Chris Wilson, Flood Operations Manager at the Environment Agency, said: “We have an excellent reservoir safety record in this country. There is a robust regulatory regime in place, under the Reservoirs Act 1975, requiring reservoir owners to carry out regular inspections, backed up by independent inspections. The Environment Agency is the primary regulator for this Act.

“The incident at Toddbrook Reservoir highlighted community resilience at its best in the face of very extreme circumstances and the rapid, dedicated response by our staff and our partners is to be commended.

“However, it is important that we learn from this incident to ensure our infrastructure, and the legislation that governs remains fit for purpose. For the Environment Agency, the focus now is also on recovery. In the aftermath of Whaley Bridge, we have written to all reservoir owners asking them to make additional checks on their spillways and an independent review into reservoir safety has been commissioned by the Secretary of State of the Environment, Theresa Villiers.” 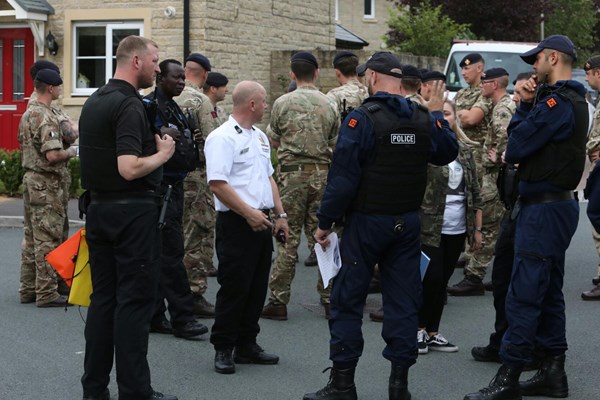 Youngsters have their say on Greater Manchester’s resilience plans