Mayor of Greater Manchester, Andy Burnham, has today launched a new video campaign to highlight the scale of digital exclusion in Greater Manchester and the day-to-day challenges met by many people across the city-region, including increased social isolation and loneliness.

In May 2021, the Mayor announced ambitions for Greater Manchester to become one of the first city-regions in the world to equip all under-25s, over-75s and disabled people with the skills, connectivity, technology and support to get online.

As part of this new ambition, the Mayor established a Digital Inclusion Action Network, to lead targeted action to combat digital exclusion within these priority groups in Greater Manchester. The network brings together businesses, local authorities, schools, voluntary and charitable organisations to drive forward this ambition.

The video, produced by Social, tells the story of a three Greater Manchester residents including Zac a pupil at Newman RC College, in Oldham, who shares how not having internet connectivity at home whilst schools were closed during the COVID-19 pandemic meant he missed out on education, Hadisa who was born with a facial deformity which affected her eyesight struggled using certain devices or face recognition tools until she received support from charity, Henshaw’s. Vivienne, an older resident with Wythenshawe Community Housing, shared how learning digital skills transformed her life after fearing she would be left behind.

Zac, Hadisa and Vivienne are just three Greater Manchester residents who have faced negative impacts from not having access to the digital world, but they are not alone. The video aims to “bring to life” the scale of the problem in Greater Manchester and reaffirm The Mayor’s statement that communities, industry and governments must join up as the time is now to fix the digital divide- and collective action is needed.

Mayor of Greater Manchester, Andy Burnham said: “The pandemic has highlighted invisible inequalities and increasing social divides. We continue to see more of our lives move online but many of our residents are being left behind. Closing the digital divide now needs to become a much higher priority. The time has come where we need to see digital connectivity and the ability to participate digitally as a basic human right. Without it, people are shut out of the conversation, lose access to essential services, risk becoming increasingly socially isolated, and miss out on a whole range of opportunities.

“This is why, last year, I set a new ambition to help all under-25s, over-75s and disabled people in Greater Manchester to get online. We want to create a new drive involving partners from public, private and community sectors to provide the kit, connectivity, skills and support that our residents need to get online and to participate digitally.”

Ensuring residents can get online, access public services and develop their digital skills will drive positive social and economic change for both residents and businesses, helping to position Greater Manchester as the key city-region for businesses seeking a digitally-skilled workforce.

Figures from ONS show that 176,000 Greater Manchester residents have not accessed the internet at all in the last three months. Greater Manchester Combined Authority (GMCA) has estimated that this includes 1,300 under 25s, 93,000 over 75s and 77,000 disabled people.

More broadly, Ofcom figures suggest as many as 1.2m Greater Manchester residents might be digitally excluded in some way, for example by feeling unable to use online banking or engage with public services online. For some people this is about access to kit and connectivity, but for others it is about skills or confidence.

You can support the work the working being done in Greater Manchester to support residents to get online and benefit from the digital world, by joining the Digital Inclusion Taskforce. The taskforce, works in collaboration to focus and shape action to address the barriers to digital inclusion including accessibility, affordability and skills.

You can find out more about the Greater Manchester Digital Inclusion Agenda here: https://www.greatermanchester-ca.gov.uk/what-we-do/digital/digital-inclusion-agenda/ 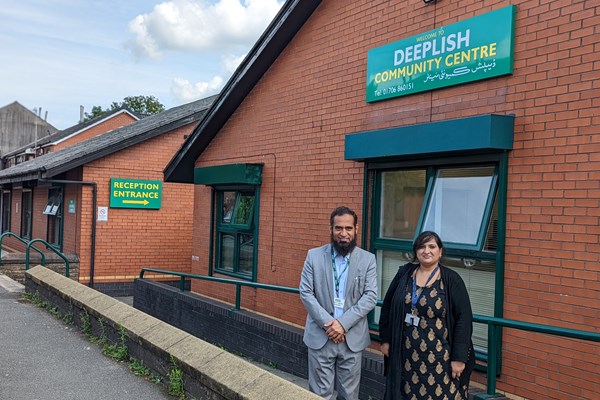