Greater Manchester's councils have a long history of working together. This record of co-operation led to the creation of the GMCA and helped Greater Manchester lead the way on city-region devolution with a statutory city region pilot in 2009. The 2014 Devolution Agreement with Government gives the region additional powers, and greater accountability through an elected mayor. The mayor chairs the GMCA and was first elected by Greater Manchester voters in May 2017..

Subsequent deals built upon this innovative agreement, including a £6 billion health and social care devolution deal in February 2015. Since then, there have been  further deals that have brought new powers and responsibilities to the city region. Full information on these can be found on the Gov.uk website (link opens in a new window). 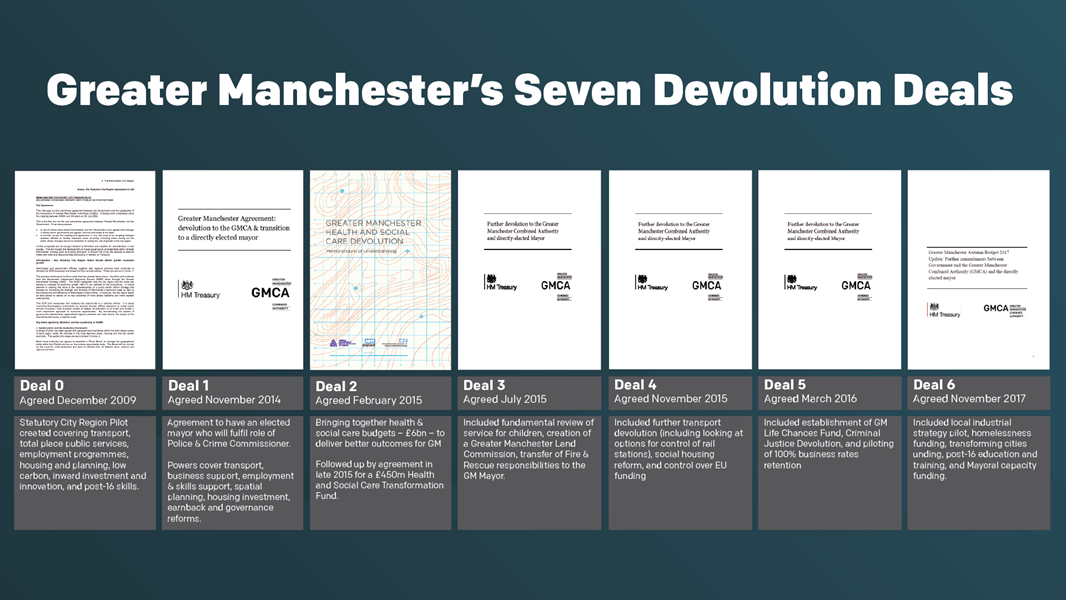 Through these devolution agreements, the region has more powers and control over budgets, including: