“We went into today’s meeting with the Government with a positive and unanimous view amongst Greater Manchester Leaders that we should seek a resolution as soon as possible.

“We had been encouraged by earlier discussions at an official level where the idea of a Hardship Fund, to top up furlough payments and support the self-employed, had been tabled by the Government. It was both surprising and disappointing when this idea was taken off the table by the Secretary of State.

“We are appreciative of discussions resuming later this afternoon at officials level and very much hope this will lead to a positive outcome.

“This evening we have written to the Prime Minister reiterating our willingness to continue to work towards an agreement but reminding him that Greater Manchester has been in Tier-2 style restrictions for almost three months, and that this has taken a toll on people and businesses here. With this in mind, we do not believe it is in any way unreasonable for us to require better protection for our lowest-paid residents.

“Finally, we are disappointed that the Government has today sought to raise public concern about the NHS in Greater Manchester with selective statistics.

“Greater Manchester’s ICU occupancy rate is not abnormal for this time of year and is comparable to the occupancy rate in October 2019. Also, providing information about individual hospitals does not reflect that our hospitals work as a system to manage demand.

“We are not complacent about the position in our hospitals and are monitoring the situation closely. But in the current situation, we believe it is essential that our residents are given clear, accurate information about the state of the NHS in Greater Manchester and that public fears are not raised unnecessarily.” 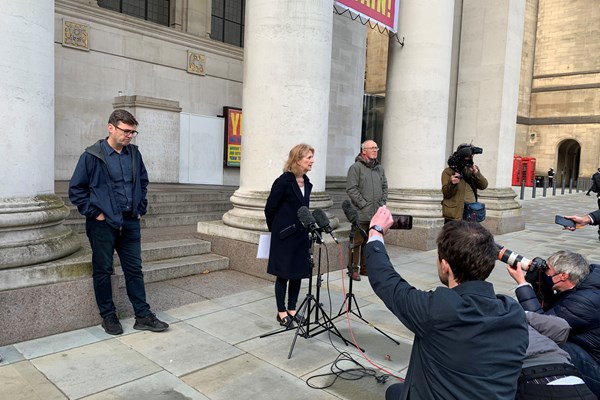 Statement from the Mayor, Deputy Mayors and all 10 Greater Manchester Leaders